Houston, TX—The Al-Hadi School of Accelerative Learning is proud to announce that SIDRA-XIV, the lunar city of the future, has been awarded the First Place Award at the 2021 Future City National Competition. It is very fitting that the team from Space City wins this year’s competition themed as “Living on the Moon”. The award winners were announced Wednesday, April 7, 2021 in a live ceremony held virtually by Future City for participants around the world.

Future City is an annual competition where teams extensively research, plan and build futuristic city models to present to qualified experts. The Future City Competition is a project-based learning experience where students in 6th, 7th, and 8th grade imagine, research, design, and build cities of the future. Keeping the engineering design process and project management front and center, students are asked to address an authentic, real-world question: How can we make the world a better place?

During the Future City Competition, students work as a team to complete five deliverables. They design a virtual city, research a city-wide issue, write an essay describing their findings, complete a project plan, build a tabletop scale model of their city using recycled materials and create a short presentation about their city. Winners of each region have the opportunity to represent their state or country at the Finals.
This year the award ceremony was conducted virtually due to health reasons, and Texas was represented by the Al-Hadi School of Accelerative Learning. Given this year’s theme of Living on the Moon, the Teams designed futuristic lunar cities and provided examples of how they would use two Moon resources to keep the residents safe and healthy.

Al-Hadi School competed against other Regional winners from different states and even top teams from Nigeria and China, ultimately bringing the honor to the city. Several winners of years past have received invitations to the White House and met with NASA astronauts as well as world-renowned scientists. Al-Hadi School takes home the Grand Prize of a trip to U.S. Space Camp and $7,500 for its school’s STEM program (provided by Finals sponsor Bentley Systems, Inc.). Their city’s solution is based on the model the team researched, developed, and presented.

Al-Hadi School, founded in 1996, is a private PreK-12 school located in Houston, Texas. The school places particular focus on STEAM and preparing students for post-secondary success through rigorous yet engaging curricula. 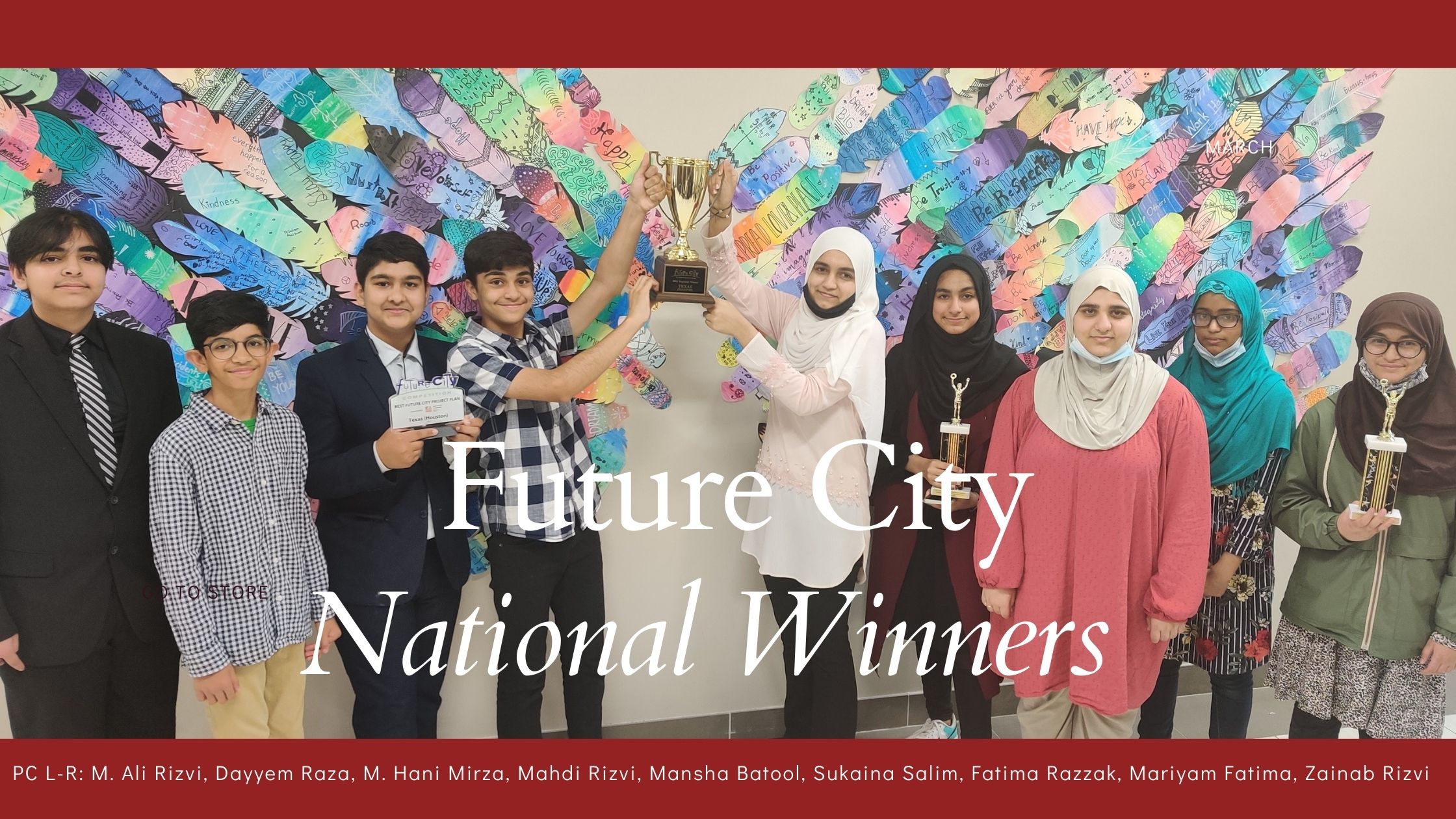